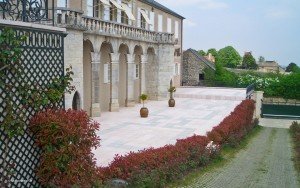 Domaine de la Pousse d’Or has for decades been the collector’s choice for expressive and memorable wines from Burgundy’s most hallowed terroirs.

This historic estate is one of the Burgundian elite, in a similar realm of such exclusive wineries like Romanée-Conti and Comte de Vogüé, with its strict selection and seamless winemaking.

The history of Pousse d’Or in Volnay underscores its influence throughout the ages. In 1855, the winery was part of a larger domaine that included such names as Romanée-Conti and Clos de Tart. Originally called La Bousse d’Or (Bousse, in old French, means earth; thus, “golden earth”), the domaine changed owners a number of times until legend Gérard Potel took the reins.

It was Potel that put the estate’s wines on the map, with the elegant, refined style that Pousse d’Or is still known for today. In 1997, Patrick Landanger purchased the winery and its vineyards. In the mid-2000s, Landanger added an impressive collection of Côte de Nuits vineyards (from Domaine Moine-Hudelot) to his portfolio.

Pousse’s attention to detail and dedication to sustainable viticulture is serious. For years the estate cared for its vines according to organic principles; since 2012, Pousse has incorporated biodynamic practices across all its holdings. As of 2018, the estate has been certified biodynamic per Demeter, a standards body.

Grapes as a rule are harvested and sorted by hand, and bunches are destemmed and fermented on indigenous yeasts in temperature-controlled tanks. Wines are aged 18 months in French oak barrels, with between 30 to 50 percent new wood, depending on the cru. In recent vintages, Landanger has been experimenting with terracotta amphorae for aging some of his premier cru wines. Very little sulfur is added any any point during the winemaking process. All wines are bottled by gravity and are unfined and unfiltered following the lunar calendar.

Unquestionably one of the grandest white Burgundies, Chevalier-Montrachet sits just above Le Montrachet in the village of Puligny-Montrachet. Richly flavored, abundantly aromatic, infinitely long, and of course — very rare.

A classic, aromatic Chambolle, and an elegant, beautiful village wine that far outperforms its station, sourced from a handful of perfect plots (not to mention some declassified premier cru fruit).

‘Clos Tavannes’ is a walled vineyard, located on the border with Chassagne-Montrachet. Older vines, planted in 1920, were originally sourced from Romanée-Conti. Hand-harvested. Destemmed and fermented on indigenous yeasts in temperature controlled tanks. Aged in French barrique (20% new) for 15 months. Unfined and unfiltered.

Pousse’s vines sit at the top of the slope, along a stone wall; soils are clay-rich, which contributes to the wine’s supple mouthfeel. One-third of vines was planted in 1925; the rest in the 1970s and 1990s. Hand-harvested. Destemmed and fermented on indigenous yeasts in temperature controlled tanks. Aged in French barrique (30% new) for 18 months. Unfined and unfiltered.

This noble vineyard, facing north-east, is the domaine’s red carpet, leading to Pousse d’Or’s front door. Steeply sloped, the vineyard is rich in marl and clay; vines planted in 1966. Hand-harvested. Destemmed and fermented on indigenous yeasts in temperature controlled tanks. Aged in French barrique (30% new) for 15 months. Unfined and unfiltered.

This walled monopole vineyard is located next to the Volnay town hall. A quarter of vines was planted in 1958; the rest in the late 1960s and 1970s. Hand-harvested. Destemmed and fermented on indigenous yeasts in temperature controlled tanks. Aged in French barrique (30% new) for 15 months. Unfined and unfiltered.

This special cuvee is sourced from the same monopole vineyard, yet was aged in terracotta amphorae for 15 months.

An inner lieu-dit of ‘Caillerets,’ located on the border with Meursault, with soils rich in marl and limestone. Nearly half the vines was planted in the 1950s; the rest in the 1980s. Hand-harvested. Destemmed and fermented on indigenous yeasts in temperature controlled tanks. Aged in French barrique (30% new) for 15 months. Unfined and unfiltered.

East-facing, ‘En Caillerets’ is ideally positioned; stony, rich in marl and limestone, the site’s high percentage of clay is also believed to contribute to the wine’s supple mouthfeel.

A gorgeous premier cru with a lacy texture and penetrating Pinot fruit aromas. ‘Charmes’ in its youth delivers bright red fruits (strawberries and pomegranate) yet with age, picks up more sensual, earthy tones.

The combination of this vineyard’s old-vine fruit and stony, mineral-rich terroir makes ‘Feusselottes’ not only a must-have but also an ideal wine for the cellar. A textbook Chambolle, marrying power and finesse.

A delicious berry salad on the nose and palate (“groseilles” are currants; it’s uncanny how the wine’s aromas reflect the vineyard’s name!) and plenty of silky texture and supple fruit.

One of Chambolle’s more silky, subtle wines. Always rich and silky, with a characteristic mineral edge that comes from its pure limestone soils. It’s also a grand cru in disguise; ‘Amoureuses’ is neighbors with grand cru Musigny.

The estate’s single acre of vines was planted in 1956, 1986 and 1994, and faces east. Hand-harvested. Destemmed and fermented on indigenous yeasts in temperature controlled tanks. Aged in French barrique (30% new) for 18 months. Unfined and unfiltered.

An historic walled plot located above Corton-Bressandes, ‘Clos du Roi’ is full, broad and intense. Soils blend clay and limestone; vines were planted in 1979 and 1987. Hand-harvested. Destemmed and fermented on indigenous yeasts in temperature controlled tanks. Aged in French barrique (30% new) for 18 months. Unfined and unfiltered.

Expressive, complex, uncompromising. One of the grandest grand cru Burgundies, and one that requires patience — stash this in a cool cellar and be astounded. 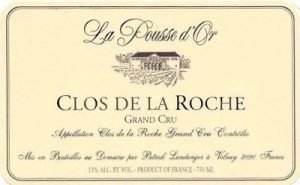 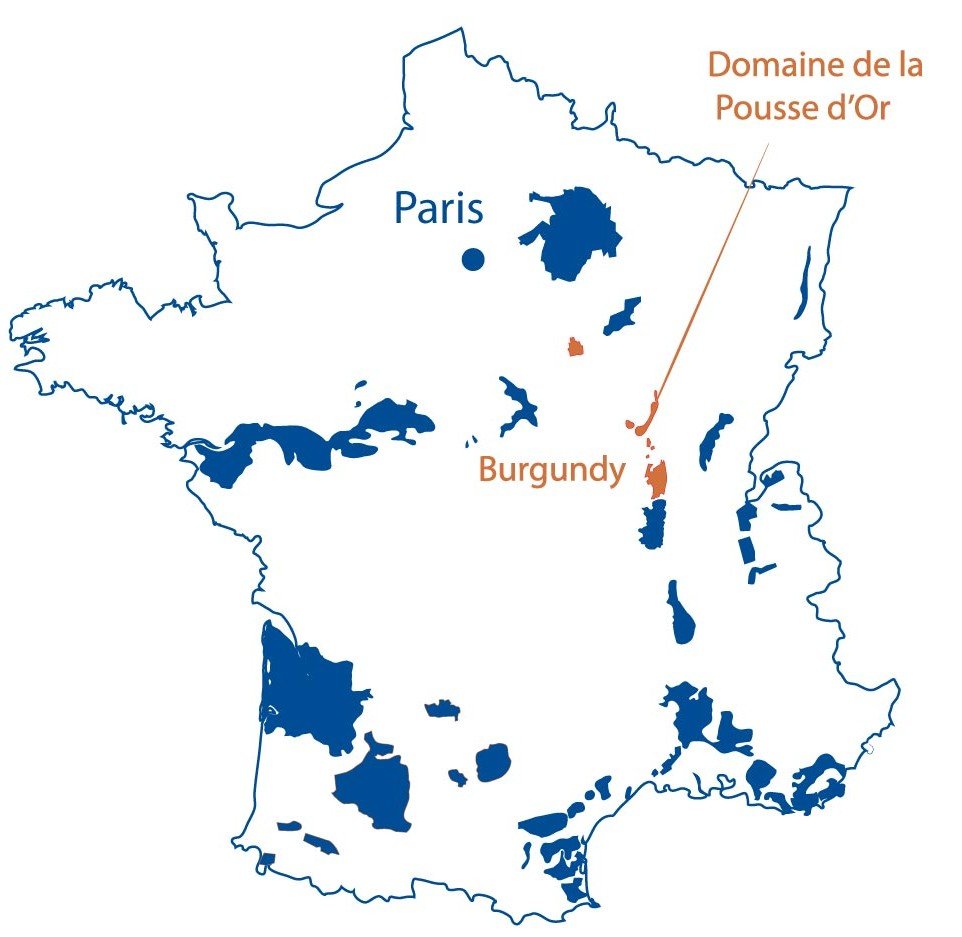 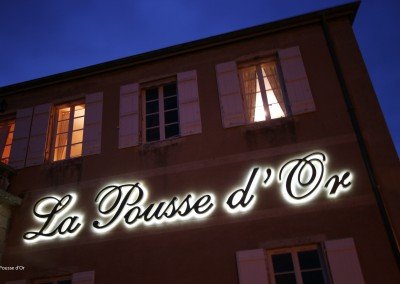 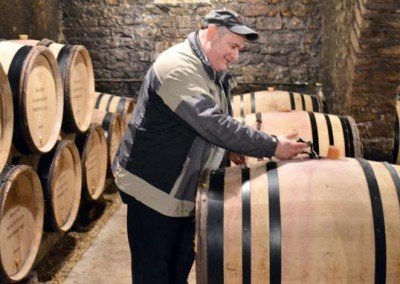 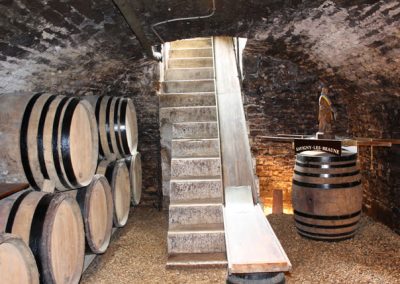 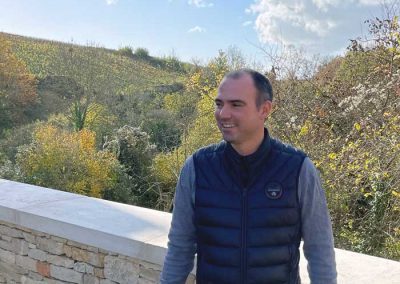 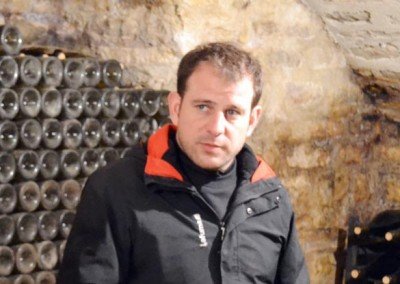 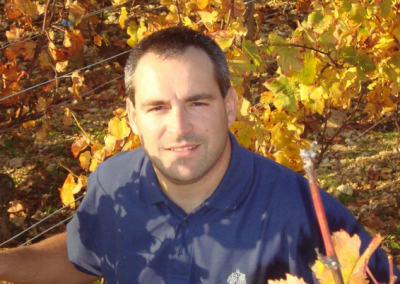 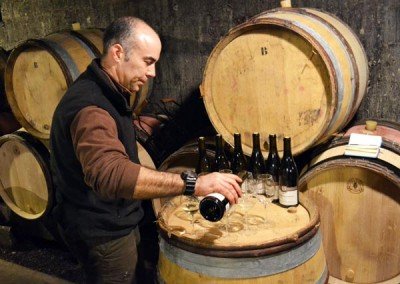